Another Digression Post…
Yet another post quite unrelated to anime…well then again, I’m only following a few series currently namely, Bakemonogatari, Spice & Wolf II. Anyway, I’ve been playing Touhoumon while listen to some of the C76 Touhou Albums. While still “patiently” waiting for GSC’s Saber Lily Avalon figurine which has conveniently been delayed again it seems. 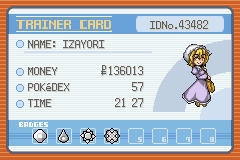 They even redesigned the character avatar - cool.

According to Touhoumon ~Gensokyo~: Long time ago, Patchouli Knowledge grew tired of Marisa Kirisame coming and stealing her books. Therefore, she made some puppets with decent intelligence and power to keep the library safe. (She doesn’t believe in Hong Meiling at all) Unfortunately, one of the manuals has been stolen by Marisa and the thief herself made a lot of puppet for pilfering. When they came, Patchouli impatiently blew both armies of puppet and a part of the library away, included the remaining manuals. After the incident, puppets have been producing with a large amount and people got used to them. Time passes and they are now served like pets to everyone.

If your reaction to the above story is “What’s with that ridiculous storyline!?” , then obviously you’ve never played the actual Touhou Project. Or being part of the Touhou fandom.

END_OF_DOCUMENT_TOKEN_TO_BE_REPLACED

Weeks ago, I was taking snapshots of the OP to make an Eden banner, when I realized that despite the effort to actually have accurate English being spoken on the series… they have forgotten to do some spell check! 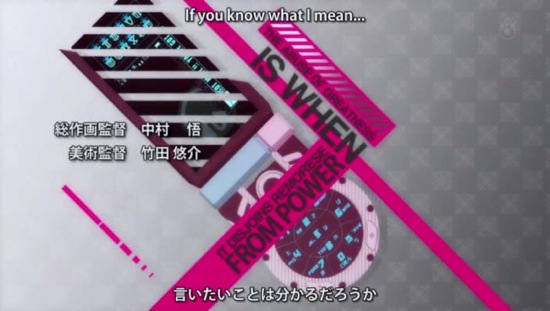 Case in point: it appears that they’ve misspelled ‘remorse’. END_OF_DOCUMENT_TOKEN_TO_BE_REPLACED

Considering how it is much more effort is required, it is understandable that light novels are less translated as compared to the other mediums in anime. Naturally, the ones that do get translated are mostly the ones who already have been adapted into anime to get the popularity, such as Suzumiya Haruhi or ToraDora!. Nevertheless, I’ll go for a somewhat less known light novel: Tricksters, by Quzumi Shiki. END_OF_DOCUMENT_TOKEN_TO_BE_REPLACED